4 Killer Whales and a Seal: Takeaways for Building a Killer Team 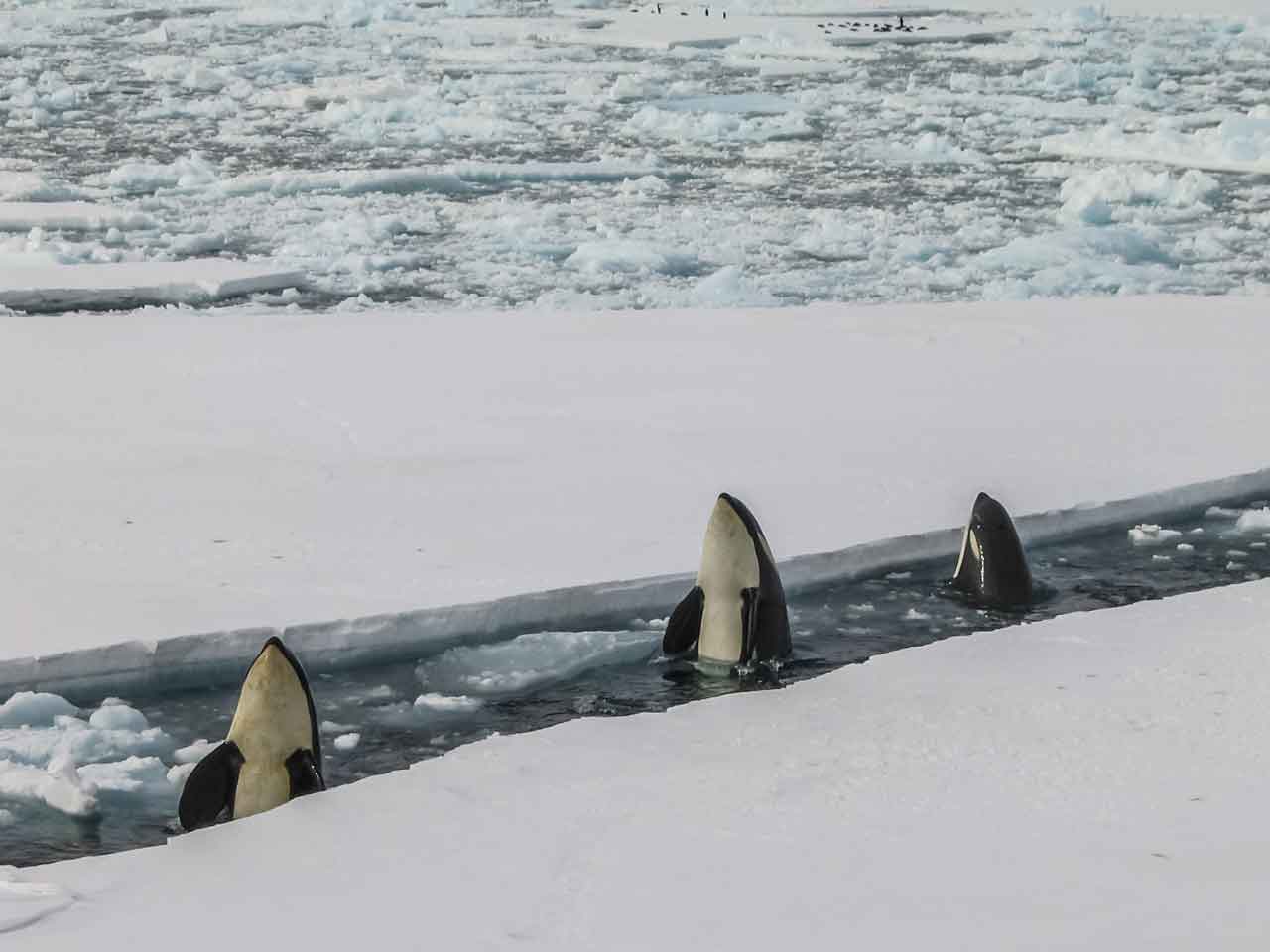 Killer whales in sync / Photo by Bryan Goff on Unsplash

The waters off the coast of Antarctica are full of ice formations, and these large chunks of ice make the perfect resting spots for seals.

My wife and I saw several of these seals sunning themselves on the ice formations during our recent adventure vacation – a three-week cruise around the tip of South America that included six days in Antarctica. The seals looked pretty peaceful from our perspective, but one of our guides explained that they often become prime hunting targets for teams of killer whales.

That’s right. It turns out, these whales, known as transient pods, collaborate in an effort to knock the seals off the ice, which puts them in the water and on the dinner menu for the orcas. We didn’t witness this ourselves, but some friends of ours did. A friend of mine from business school and her husband were on a similar cruise around the same time as us, and they spent about two hours watching a pod of four killer whales work together in pursuit of a seal. Not only that, but someone on their ship made a video, and a short clip (about 90 seconds) ended up on the PBS News Hour.

Take a look and see what you can learn from these orcas.

Here are few of my takeaways from the killer whales:

I also see an important takeaway from the seal: No matter how desperate or hopeless the situation became, the seal never gave up and did everything it could to survive, even if for only one more moment. Killer whales are roughly the size of a school bus, can weigh as much as 6 tons and have four-inch daggers for teeth. They are at the top of the oceanic food chain. But the seal is nimble and fast, so it has a fighting chance as long as it doesn’t concede the victory.

We can learn a lot about how to pursue success from our friends in Antarctica. In business, sometimes we’re leading a team of powerful orcas and need them to all work together in pursuit of a common goal. Other times, we may feel more like the seal, trapped on a chunk of ice in the middle of treacherous waters. Sometimes we go hungry. Sometimes we eat. And sometimes … well, sometimes we become dinner!